You’re the Only Ten I See: Memphis vs. Nashville

Separated by 200 miles of farmland, rolling hills, and interstate, the cities of Memphis and Nashville coexist as the two largest cities in the state of Tennessee. Like rival siblings, the two cities have stark differences in character and appearance, yet won’t admit to just how similar they really are. Both seem to always vie for the spotlight as Tennessee’s best travel destination. I spent 4 years living in Nashville during my undergraduate years at Vanderbilt, and then 2 years living in Memphis immediately following graduation while working with Teach For America. As a result, friends and family often ask me, “Which city did you like the best—Nashville or Memphis?” 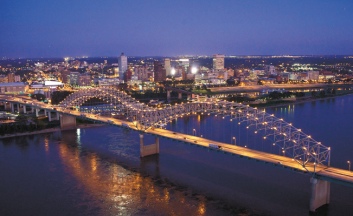 Nashville and Memphis, a battle for the ages.

What a tricky question! Both cities have amazing and unique experiences to offer, and I loved my time in both cities. Nashville is glitz and glamour—they don’t call it “Nashvegas” and “Cashville” for nothing. Memphis, on the other hand, is grit and grind in a way that is just as inviting, if not more so, than Nashville. Nashville is about flashing lights advertising platinum-selling legendary artists at sold-out arenas as well as up-and-coming artists playing cover on Broadway. Memphis is about the sign (that’s maybe missing a few lights…) on the street corner promising you the best live blues music you’ve ever heard, and then following through on that promise. Nashville has Broadway, featuring a bar with a mechanical bull; Memphis has Beale Street, featuring a bar with a “beer drinking” goat. Nashville will get your adrenaline pumping and your boots stomping; Memphis will invite you to kick back and drift along with the rhythm of the blues. 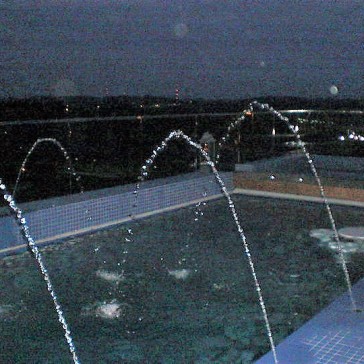 Above: A random night at “Mount Richmore,” the former home of John Rich from Big & Rich. He had an awesome rooftop pool! This evening was a very “Nashvegas”-like experience.

So when I answer my friends and family, I tell them that there were things about both cities I absolutely loved while living there, and it is difficult to compare two cities (although in the same state) with such different vibes. I then conclude that I am more #TeamMemphis than #TeamNashville, for the simple reason that my experience teaching high school in Memphis connected me to the city and the people there in ways that I never felt connected in Nashville. That being said, please visit both cities if you can!

My next few posts will highlight some of my favorite things to do, see, eat, and drink in each city. In the meantime, let the battle continue…Nashville vs. Memphis! I think they both win.