This afternoon, I hopped in the back of a pickup truck with a few other friends from my hostel and rode 1.5 hours through the hills outside of Chiang Mai to visit the Elephant Jungle Sanctuary. The sanctuary is a camp for elephants who were formerly used in the riding business. Many people aren’t aware that riding elephants actually hurts the elephants over time, as their bodies are structured to carry weight in their lower bodies and not on top. Elephants are also harmed by the equipment used in the riding business, such as straps and hooks. The average lifespan of an elephant used for riding is about 20 years shorter than other elephants.

The sanctuary, as well as camps and parks with a similar focus, is harnessing the tourism industry to change the way elephants are perceived and treated. Elephants were once used by their owners in the logging industry. When that industry dwindled, elephants were then transitioned into the tourism industry as a riding attraction. The elephants are owned by “mahouts,” or elephant trainers, who train the elephants to do tricks and to be ridden and then lease the elephants to tourism companies. By introducing a sanctuary experience as an “ethical alternative” that consistently attracts consumers, the sanctuary pitches itself to the mahouts as a better (the mahouts don’t want the elephants to suffer either, but they have to find ways to cash in on their investment), more lucrative, and more promising business choice for their lease. The sanctuary then attracts tourists to come and feed, bathe, pet, and rinse the elephants, and uses the money made to pay the mahouts as well as operational costs. Mahouts make money, the elephants are treated well, and tourists can take part in a fun experience.  The sanctuary will also buy riding elephants with its own funds, and these elephants become permanent residents of the camp. All other elephants are on lease from their mahouts.

So what did we do with the elephants? First, we had to put on a traditional Karen tribal tunic. The guides told us this is so the elephants would feel comfortable around us (maybe this is true, or maybe it’s something they just tell tourists…who knows!) 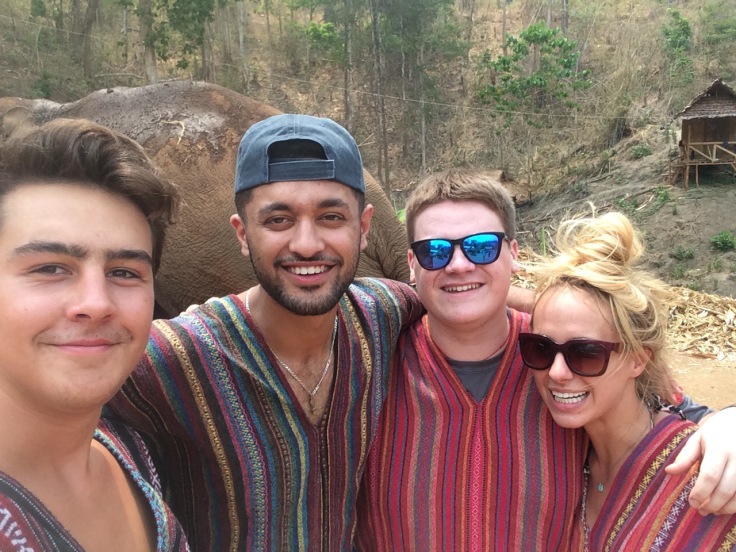 Then, we started feeding the elephants bananas. Elephants eat between 200 and 300 kilograms of food per day! The elephants were not shy at all, and actually followed us when they saw we had bananas in our hands! One elephant even almost mistook my iPhone in my hand as a banana…crisis averted! These elephants were very muddy, and it didn’t take long before I was very muddy.

This was very fitting, as we next took the elephants to a mud pool and got in the pool with them to give a mud bath. Yes, I swam in the mud with the elephants! I have never been dirtier in my life, and it was fabulous! My biggest concern was being careful that the elephants didn’t accidentally step on me or one of my friends. We were a few hours from any town, so this would be a bad place to break a foot! After the mud bath, we followed the elephants down to a river and rinsed and scrubbed them. Then, we left the elephants behind and trekked to a beautiful waterfall in the jungle and went for a swim. By this point, I was covered in mud from head to toe, so I took the chance to rinse off in the surprisingly cold water. Afterward, we all had a delicious meal prepared by the camp workers, and then hopped on the back of the pickup to go the 1.5 hours back to Chiang Mai. Given the winding and bumpy road and exhaust fumes from the truck, we were all a little nauseated, but that was a small price to pay for such a beautiful and magical day! 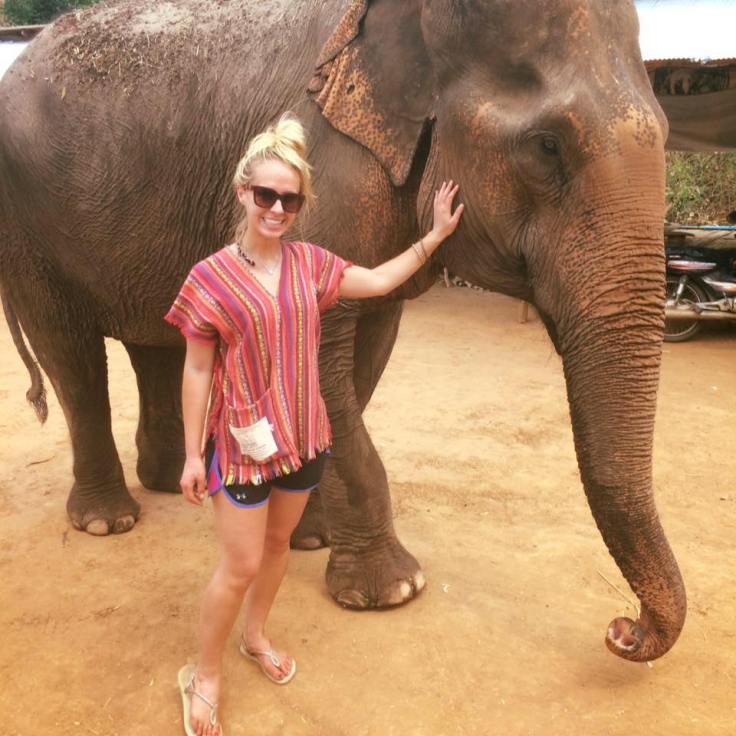 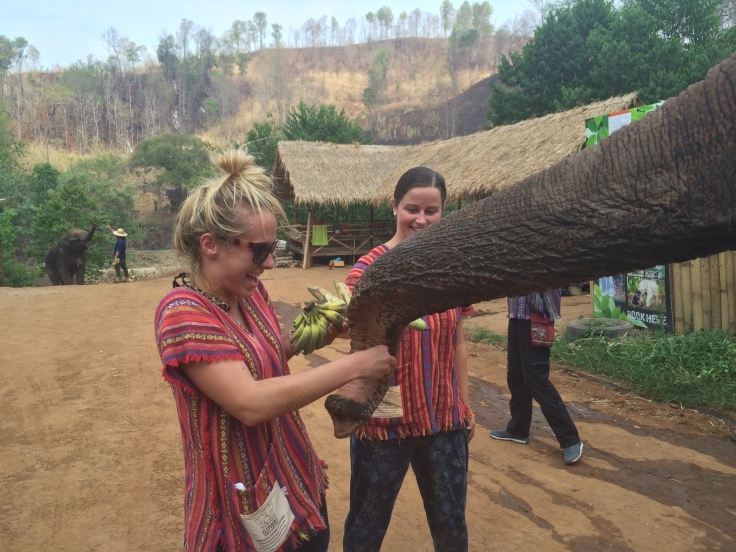