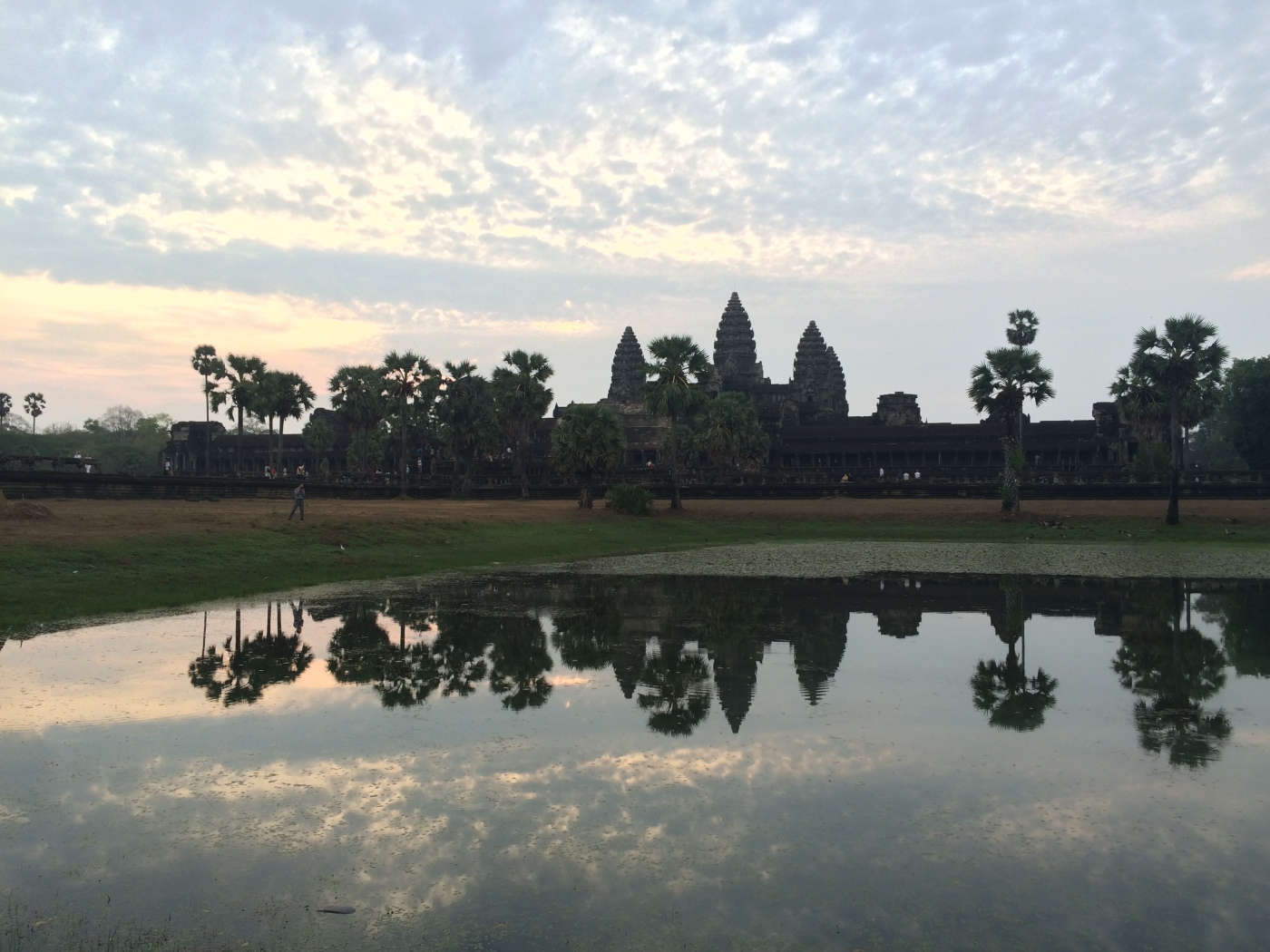 After arriving in Siem Reap Monday night and settling into the hotel, our local guide had arranged for us to have dinner in the home of a local who runs a school for children in the town who cannot afford to go to school otherwise. After a delicious meal (amok and curry!), we were able to visit with several students who live nearby who wanted a chance to practice their English. I spoke with some high school students who had pretty developed English skills, and they told me knowing English is really important to get a good job here.

The next morning, we left at 4:30am to head to Angkor Wat for the sunrise. It was absolutely beautiful. Even though it was slightly overcast, the way the light reflected off the temple and changed the colors of the reflection in the water was still breathtaking. 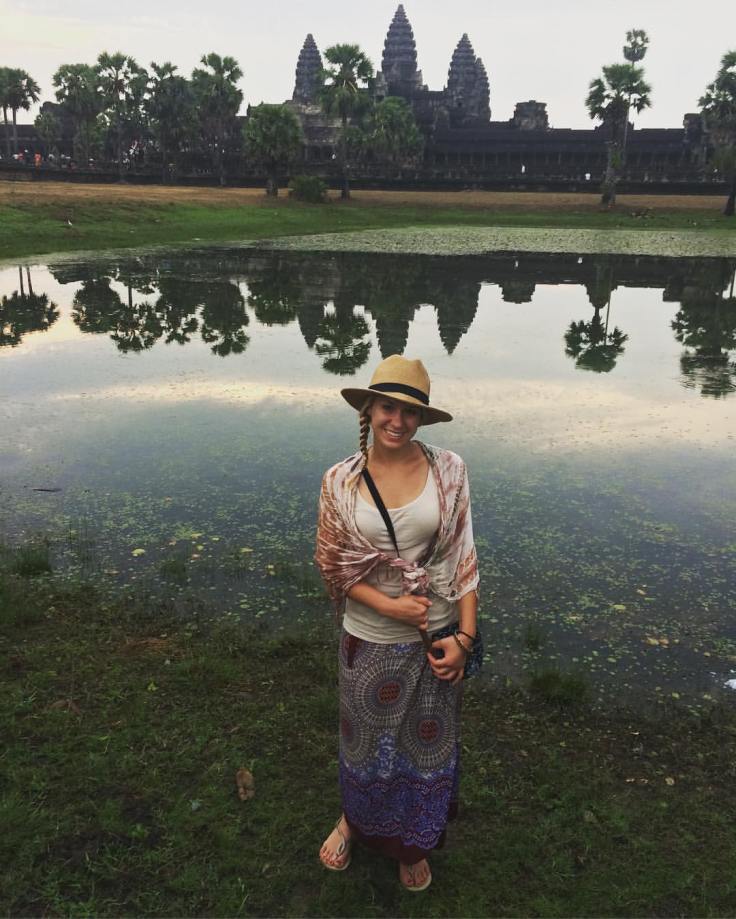 Angkor Wat is the largest religious monument in the world. It was built as a Hindu temple in the 12th century and was later converted to a Buddhist temple. It took 35 years to build! Our guide, Bunni, did a great job of explaining all of the history behind the architecture. Bunni also shared with me he was never able to attend college because of the Cambodian genocide (the genocide was targeted toward educated people), but his daughter is now in college. He was absolutely fantastic and great at taking pano shots on the iPhone!

My favorite part of Angkor Wat was climbing the very steep and narrow staircase to Bakan, or the highest level of the temple which represents heaven. To enter Angkor Wat, I had to cover my shoulders with a scarf. However, to enter Bakan I had to cover up even more with a tunic I bought for $3 on the side of the street, and remove my hat. Bunni said that to visit Bakan, you were only allowed to think positive thoughts and had to leave all negative thoughts behind. This was amazing experience!

In the afternoon, I relaxed by the pool for a bit then joined in on a “quad bike” ride through the Siem Reap countryside. In the US, we call these four-wheelers. By a stroke of good fortune, it was raining, so we hit lots and lots of mud! I also made some small jumps and almost slid off the bike a few times…so much fun! This was definitely a full circle moment for me. In Alabama, this is called mud riding, and the world seemed a little smaller to me as I flew through the mud puddles around Siem Reap. 🙂 It was also very interesting to see the agriculture and some rural areas outside of the city.

Siem Reap has been charming and informative…next stop is Phnom Penh!

One thought on “Siem Reap: Temples and Countryside”