My last few days in Ireland have taken me through Dingle, Slea Head, Killarney, Blarney, Cashel, and back to Dublin–and maybe past a few leprechauns! We left Ennis Thursday morning bound for Dingle, after a quick stop in the quaint town of Adare. I was able to walk through the town’s park and grab a coffee before driving on to Dingle.

I arrived in Dingle, a small fishing village on the westernmost peninsula in Ireland, with a sad yet hilarious story in mind. My friend Michael had visited on a school trip back when he was in elementary school, and was traumatized by the experience. While his teachers sat in the pub drinking, he and his classmates wondered around the town, lost in the rain and left to fend for themselves. No storekeepers or pub owners would give them shelter. Apparently, Michael claimed he never wanted to visit Dingle again after this experience!

Ironically, I too found myself wandering around Dingle in the rain–searching for a working ATM, wifi, and a bathroom. It took some time, but I found all 3 eventually! This exercise in travel survival was the highlight of my time in Dingle.

After leaving Dingle, we took a drive along Slea Head. We first stopped at some “bee hives” built thousands of years ago. These first served as pagan monasteries, and were then converted to Christian monasteries in later centuries.

Further down the peninsula, we stopped at the westernmost point in Ireland, which has been called “the most beautiful place in the universe” by National Geographic. It was extremely beautiful!

We then continued along Slea Head to see the island where they filmed the last scene from the most recent Star Wars, as well as some rock formations meant to be a “fertility circle” and vampire graves (I was so confused at this point I forgot to ask more questions). While we walked along, a cold uniquely Irish rainstorm slowly moved in and we all got wet! The archaeological history of the Dingle Peninsula is truly rich and fascinating, and the time we spent here was very special.

We then drove on to Killarney as we dried off from the rain. I was very excited to visit Killarney, as this Christmas song from my childhood always comes to mind when I hear the name! Once here, I did a bit of shopping and wandering. We then had a delicious dinner at the Danny Mann pub, which also had amazing live Irish music, and then we continued on to a pub down the street with a great 80s-90s cover band!! Killarney was a lot of craic! 🙂

The next morning, we left for the village of Blarney in County Cork, which is home to the famous Blarney Castle. Of course, my main priority was to kiss the Blarney Stone, but I was blown away by the beauty of the gardens on the grounds of the castle. There were several kept gardens as well as an Irish garden (with all indigenous plants to Ireland) as well as a poison garden! There was also a fern walking path through the woods, and I came across some caves and this beautiful waterfall. 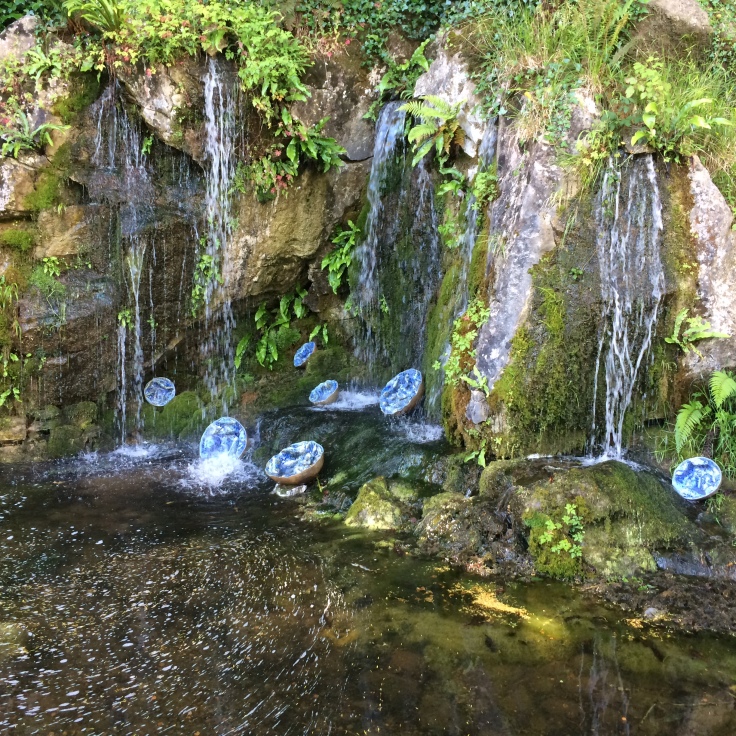 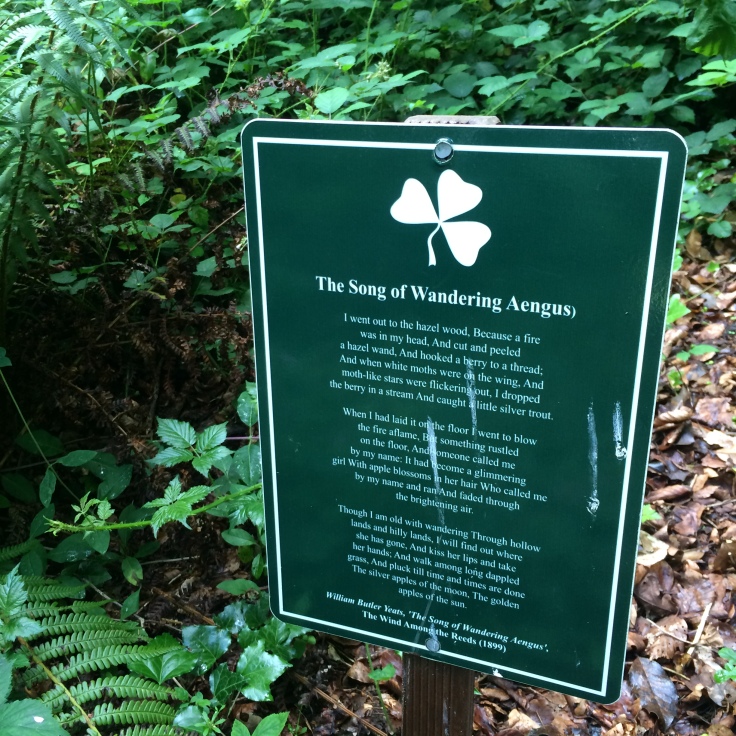 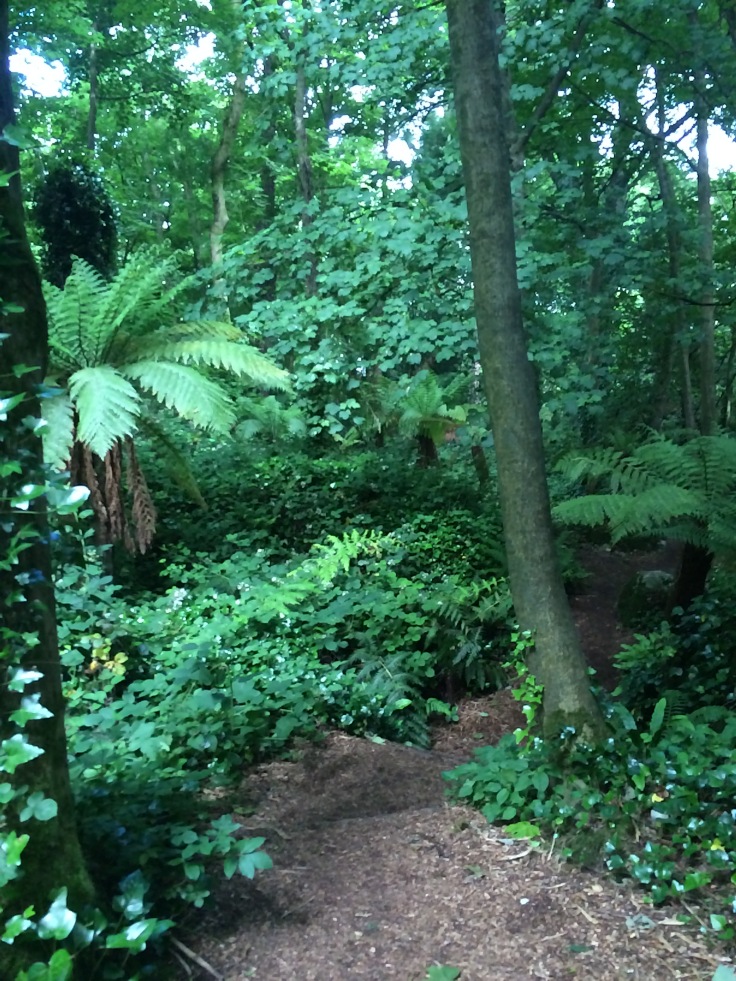 Kissing the Blarney Stone was something I’ll remember the rest of my life! Legend holds that kissing the stone will give the kisser the “gift of gab” for 7 years! Back when Queen Elizabeth I of England tried to impose her rule over Ireland in the 16th century (does this seem like a common theme yet?! Geez Britain!), the Lord of Blarney would reply simply with over-the-top flattery instead of a response of submission. Queen Elizabeth then supposedly said, “This is all Blarney, he never means what he says and never does what he promises.” So “blarney” now means excessive flattery!

The stone is located at the top of the castle, and the climb took us through a narrow, winding staircase. Once it was my turn at the top, I laid on my back and leaned off the side of the roof. There is an employee there whose sole job was to hold onto me and others to ensure we didn’t fall! I then grabbed the bars and puckered up for a big kiss!

“You’re kissing the wrong stone!” I heard. Shocked, I pushed myself back up and asked for clarification as to which stone was actually the Blarney Stone! “All the way at the bottom,” the man instructed me. I then leaned back down for a second try, dangling even further off the side, and successfully got the Blarney Stone on the second try!

On the way back to Dublin, we stopped at the Rock of Cashel in County Tipperary. Sadly, this was the site of a brutal massacre by British forces in 1647. We were unfortunately unable to see the outside of the structure as it was covered by scaffolding.

Tonight is my last night in Dublin, and tomorrow I say goodbye to Ireland and fly to France for the next leg of my Europe travels!
So, for the burning question–what exactly are leprechauns?

I learned from my awesome tour guide that leprechauns are creatures that have been shunned from both the fairy and human worlds (I discussed the fairies a bit in the last post–apparently they are not like Tinkerbell and are quite mean and unattractive!) Leprechauns serve as bankers for the fairies, which is why they know where the gold is! My tour guide speculated that the legend of the leprechaun most likely started centuries ago when a village banker must have been short and ugly–meaning he must be a leprechaun! I am so relieved I now truly understand what leprechauns are…it is one added bonus to my fantastic trip to Ireland! 🙂