A Land of War and Miracles

Knowing the next day would take us along the Sea of Galilee, down the Jordan, and to the Dead Sea, I spent Saturday night in the kibbutz brushing up on some New Testament geography and catching up on much needed sleep.

The next morning, we loaded up our bus at 645am and set off to Merom Golan. Here, we met up with Miri Eisen, a retired colonel in the Israeli army and security expert. We loaded up a fleet of ATVs and set off toward the Syrian border. 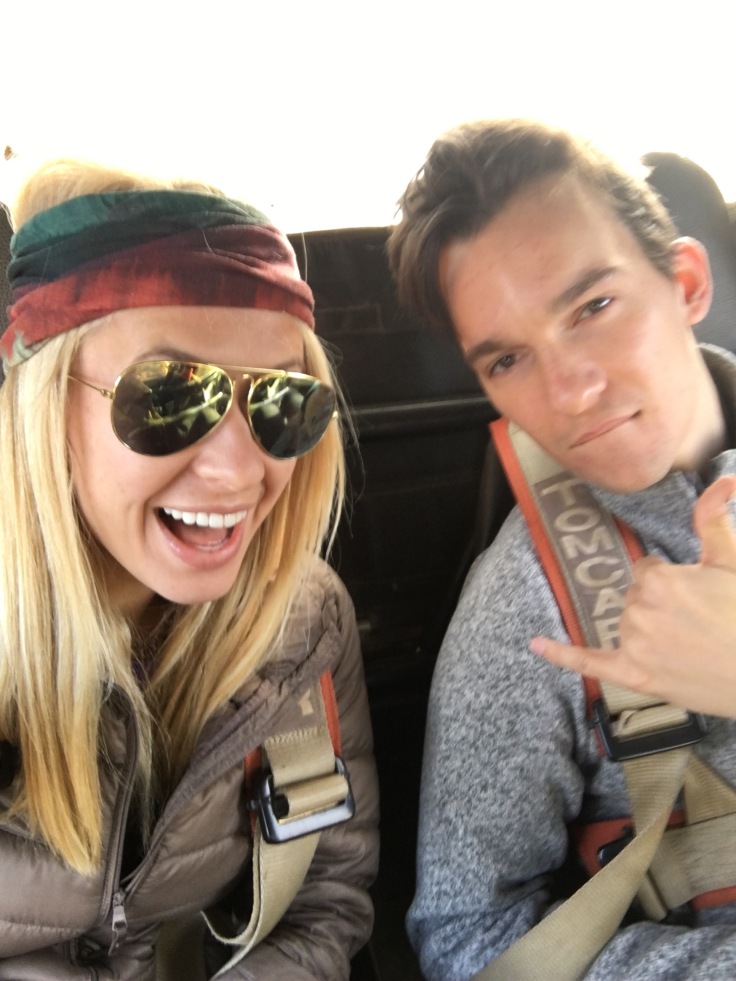 Our ride took us even closer to the Syrian border, and at one point we were within “field goal distance” (American football term… about 30 yards) of the fence separating Israel and Syria. At this point, we had reached the demilitarized zone (DMZ) between the two countries. We parked our ATVs at a bombed abandoned hospital and climbed to the roof, where we looked out across Syria and listened to Miri’s talk on Israeli border security and the current Syrian civil war. 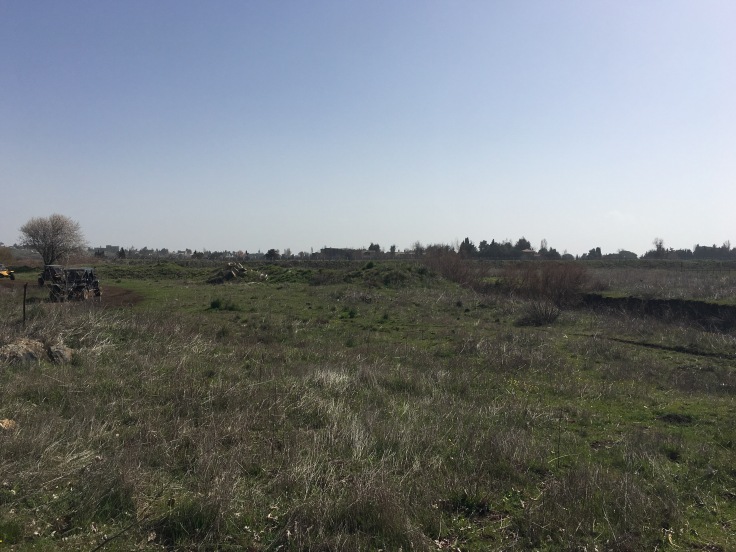 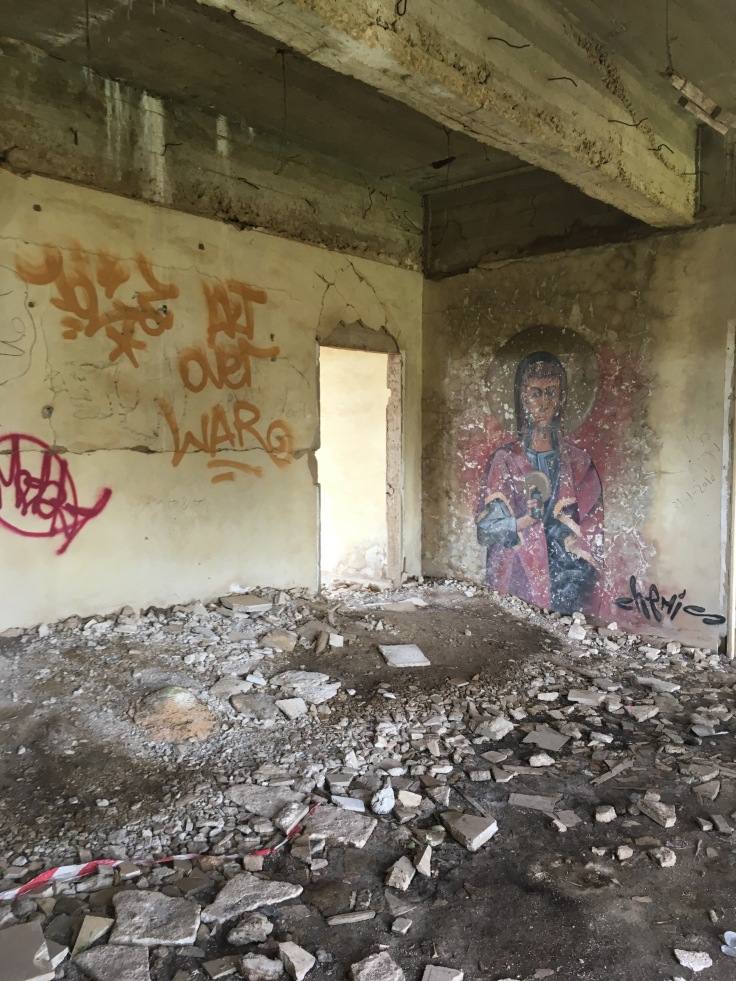 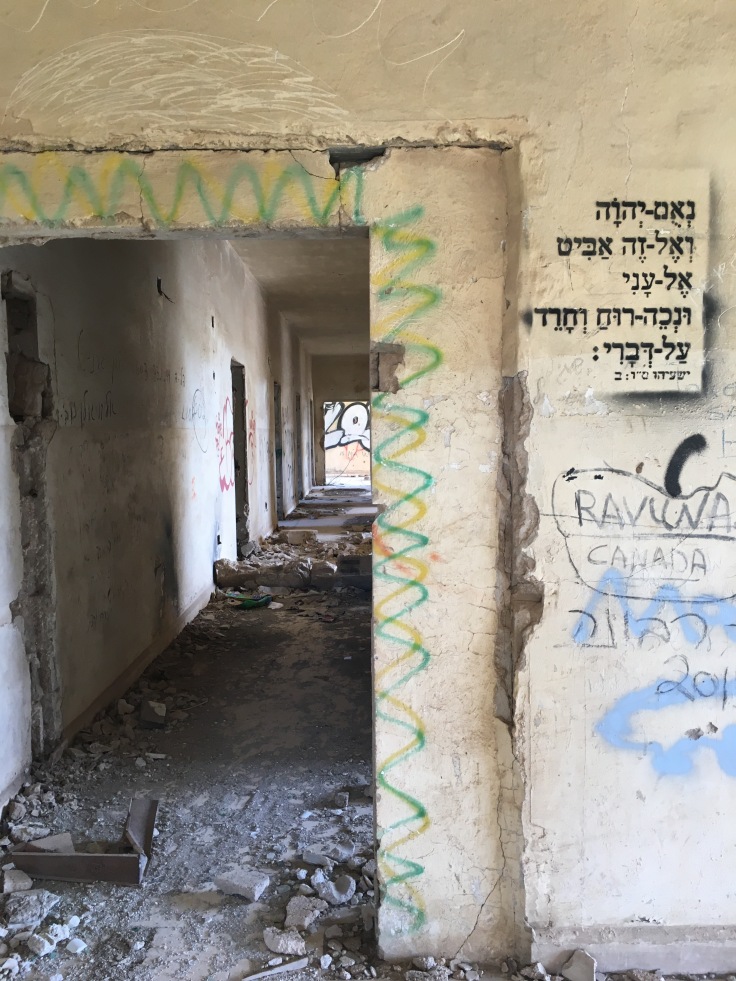 Syria and Israel have been in a state of war since Israel’s independence in 1948. In 1967, Israel claimed the Golan Heights and established the current DMZ where we now stood, just yards away from Syria. The UN has a monitoring station located right at the border on the Israeli side, and its mandate is renewed by both Israel and Syria every 6 months at the UN.

Although Syria is still represented by the Assad regime at the UN, the land within our eyesight is now controlled by Syrian Al-Qaeda, just one of the many factions fighting for control in the Syrian civil war. Miri said sometimes the fighting is audible from the point where we stood on the abandoned Israeli hospital. While Israel accepts no refugees, they give free medical care (no questions asked) to anyone presenting themselves at the border. Miri says Israel has provided about 3,000 Syrian soldiers with medical care in the last decade– the vast majority being young men between the ages of 18 and 25.

After this sobering visit, we loaded our bus and continued on to the ancient city of Capernaum.

Doron (our amazing guide) told us this city, located on the Sea of Galilee, is known as Jesus’ headquarters, and is the location for many of the Bible’s best known miracles– walking on water, healing, multiplying the fish and loaves, and calming the storm. The ruins of a synagogue from the 5th century are located at the spot where the synagogue stood in Jesus’ time, and you can see some of the very stones where Jesus most likely walked when he visited this synagogue and performed the healing of the crippled man.

Capernaum also houses the traditional location of Peter’s house, which has had two churches constructed around it in the ensuing centuries. You can still see the ruins of his alleged house (below). 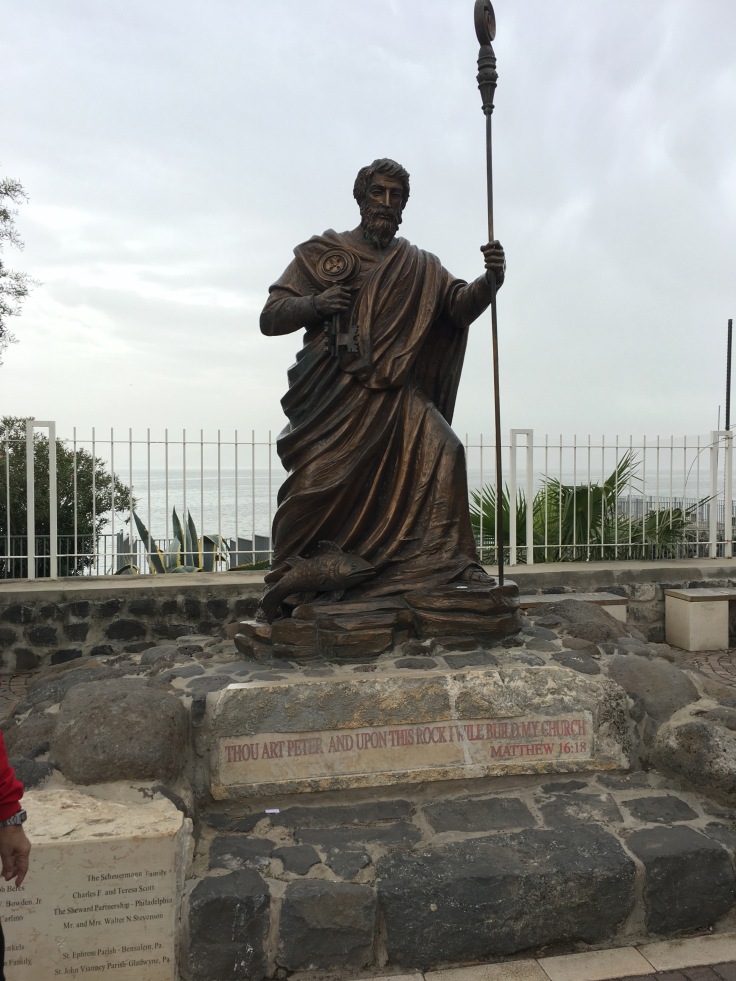 As I placed my feet in the very waters of the sea where Jesus performed several of his miracles, I felt a deep sense of wonder, peace, and gratitude. 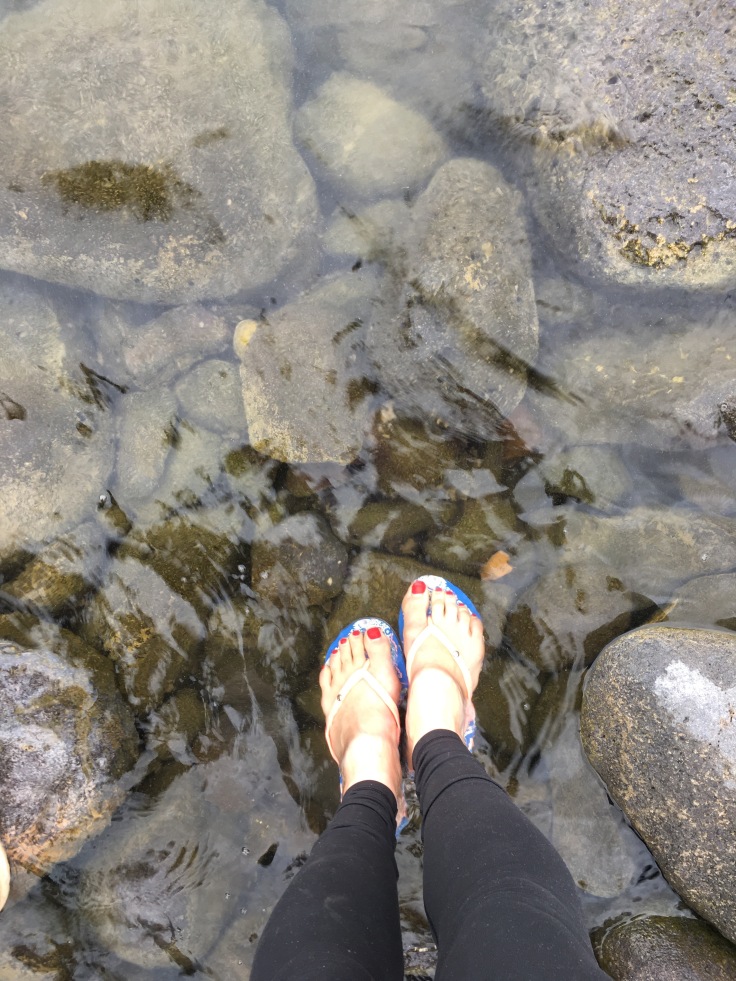 We also enjoyed skipping stones on the sea (which is really the size of a lake!) as well as taking in the undisturbed, undeveloped views surrounding us. 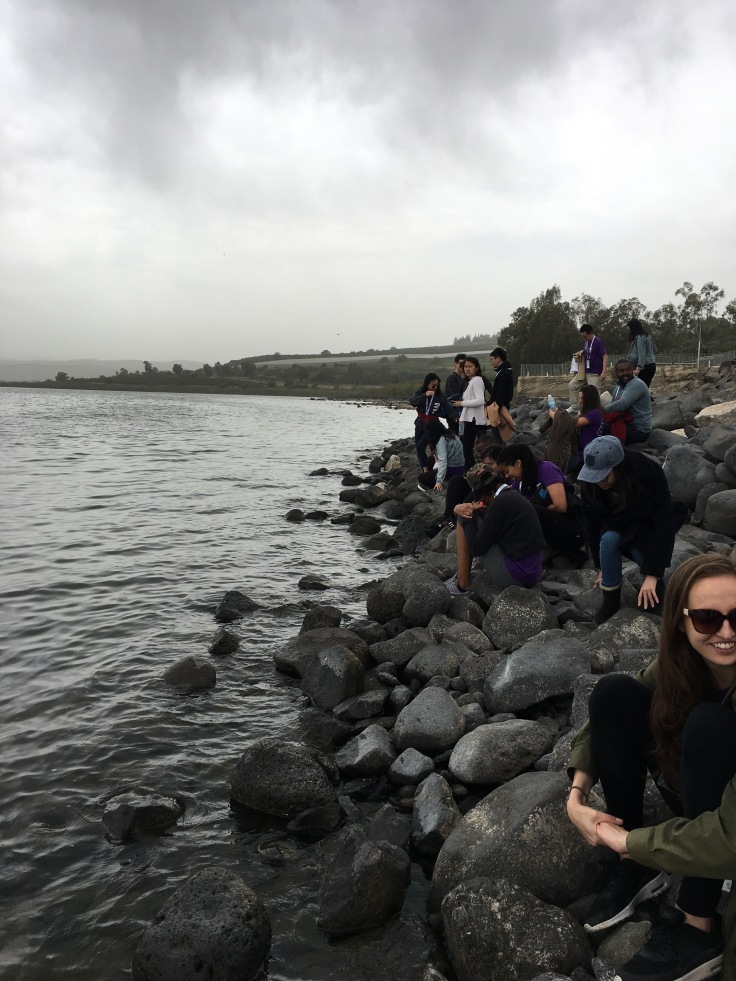 After having lunch nearby (the food here is amazing… hummus at every meal!), we continued on through Tiberius and south along the Jordan to the Dead Sea.

The Dead Sea was hazy, salty, and wonderful. Everything I had ever heard about it was true… you really do float without even trying! I think the unexpected surprise was the full body mud treatment we all got for free. My skin felt so soft afterward, and I wish I could bottle up some of the mud and take it with me! I guess if I want a similar experience back in NYC, I can go to a spa and spend $100+…haha. 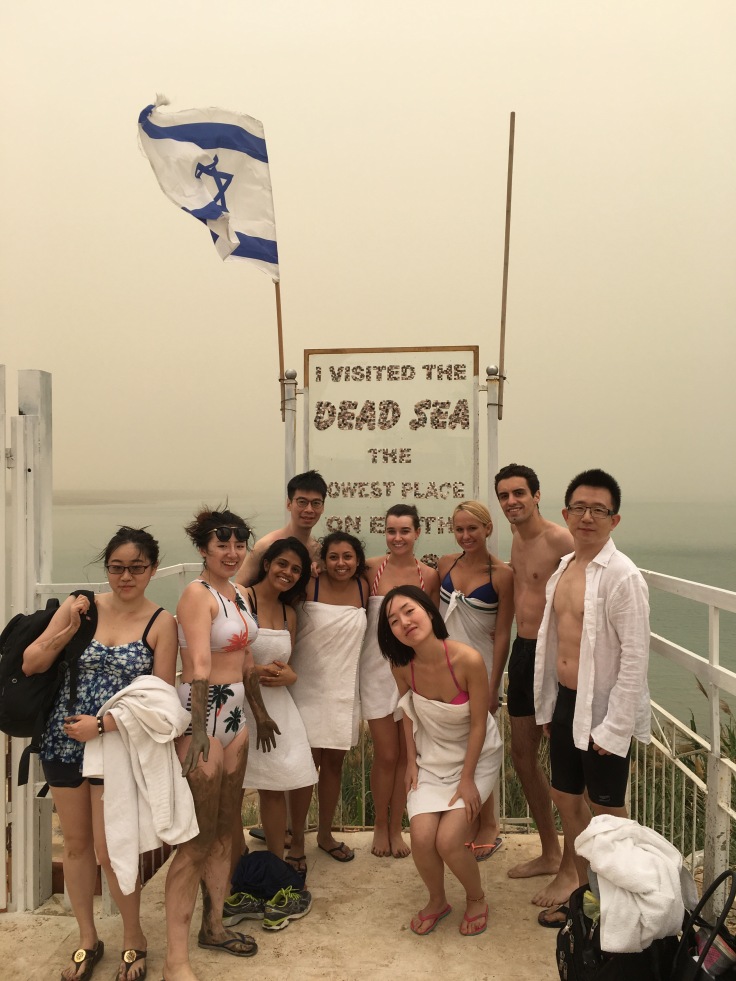 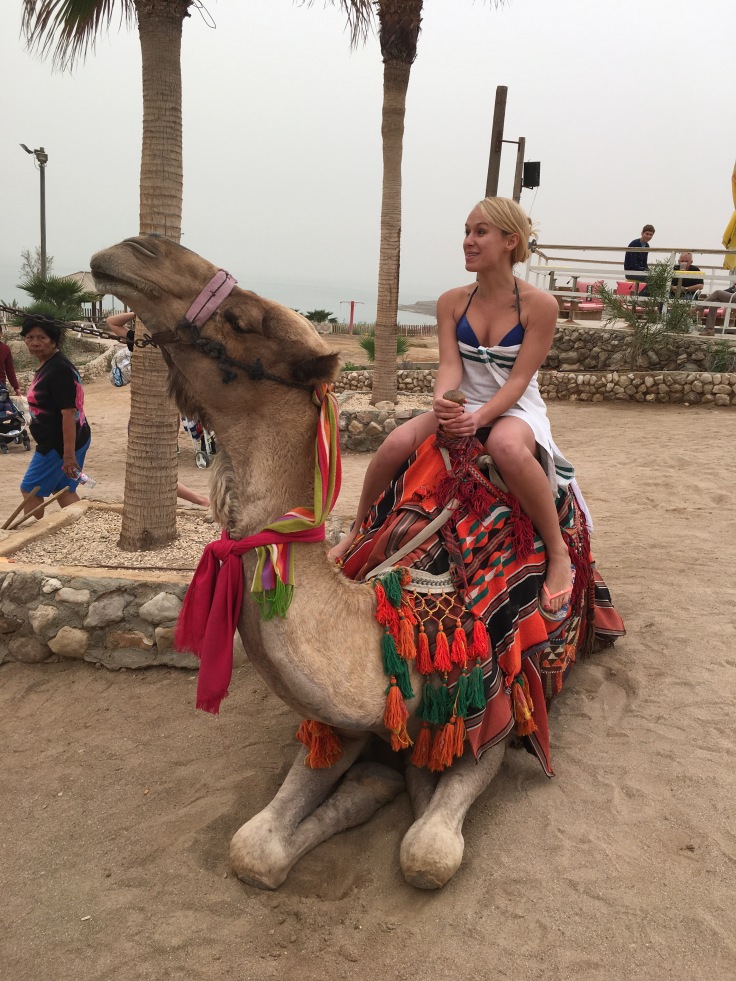 Today has been full of amazement after walking the very same streets and shores that Jesus walked, but also full of heartbreak and sadness after seeing the devastation of perpetual war and death along the Syrian border.

Israel is a land of a special kind of complexity, and always has been–and that’s an understatement. There are and will continue to be more questions than answers.

John 21:1-9: “Afterward Jesus appeared again to his disciples, by the Sea of Galilee.It happened this way: Simon Peter, Thomas (also known as Didymus), Nathanael from Cana in Galilee, the sons of Zebedee, and two other disciples were together. “I’m going out to fish,” Simon Peter told them, and they said, “We’ll go with you.” So they went out and got into the boat, but that night they caught nothing.
Early in the morning,  Jesus stood on the shore, but the disciples did not realize that it was Jesus.

He called out to them, “Friends, haven’t you any fish?”

“No,” they answered.
He said, “Throw your net on the right side of the boat and you will find some.” When they did, they were unable to haul the net in because of the large number of fish.

Then the disciple whom Jesus loved said to Peter, “It is the Lord!” As soon as Simon Peter heard him say, “It is the Lord,” he wrapped his outer garment around him (for he had taken it off) and jumped into the water. The other disciples followed in the boat, towing the net full of fish, for they were not far from shore, about a hundred yards. When they landed, they saw a fire of burning coals there with fish on it, and some bread.”