Greetings from Israel! After 13 hours of flying, I arrived in Tel Aviv on Thursday just before midnight and made my way through security. Since I arrived a night before the rest of the NYU group, I had booked a night at the Beachfront Hostel–located right on the beach with an amazing rooftop patio. The next day was full of exploring, laying on the beach, and meeting up with the iTrek group from NYU at our hotel, also located on the beach. 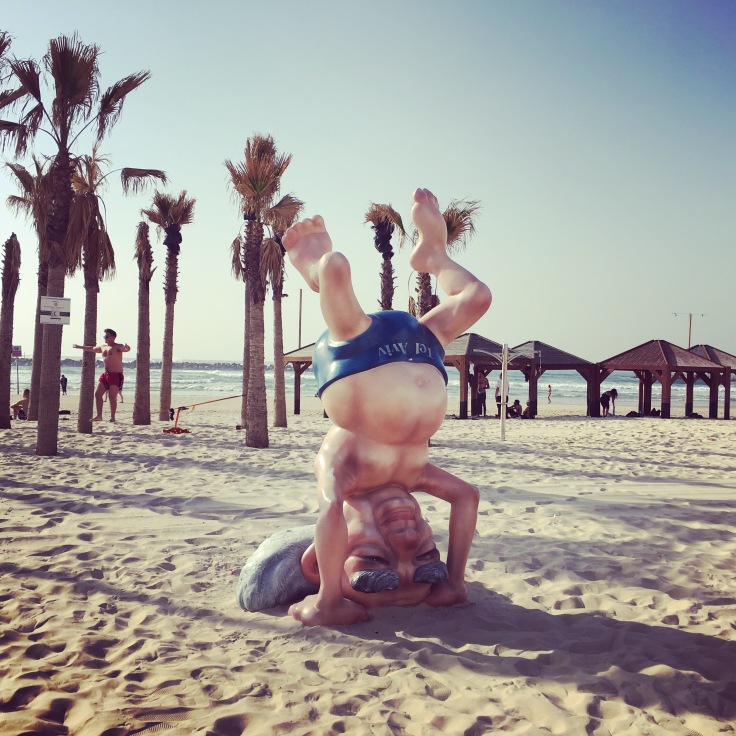 ITrek is a program that sponsors trips for law students to visit Israel and become informed about the many complex issues that face the country and region first-hand. I am fortunate enough to be traveling with NYU’s iTrek over my spring break. Our group has 42 students across the JD and LLM program at NYU Law, many from other countries including the USA, China, Chile, Mexico, India, and of course Ireland!

After a late night exploring the bars and beaches in Tel Aviv, we woke up bright and early for our first group meeting at the hotel with Tal Schneider, a political journalist covering Israeli and US politics. Tal explained the complexities of domestic Israeli politics, and discussed how Trump’s unclarity regarding his position on the Israeli-Palestinian conflict may play out in the current global political climate. You can read Tal’s work at Huffington Post and Haaretz, and also here.

Following the talk, we rode down to Old Jaffa, where our guide Doron explained the long, complicated, and detailed history of the land we now call Israel. Old Jaffa is a 4000-year-old town that was swallowed up by the sprawling urban mass of Tel Aviv in 1950. We visited the church at the place where Peter is reported to have had a vision, and we were able to stay for a few minutes of mass. We then explored the market and seaport, before getting on our bus to Nazareth. 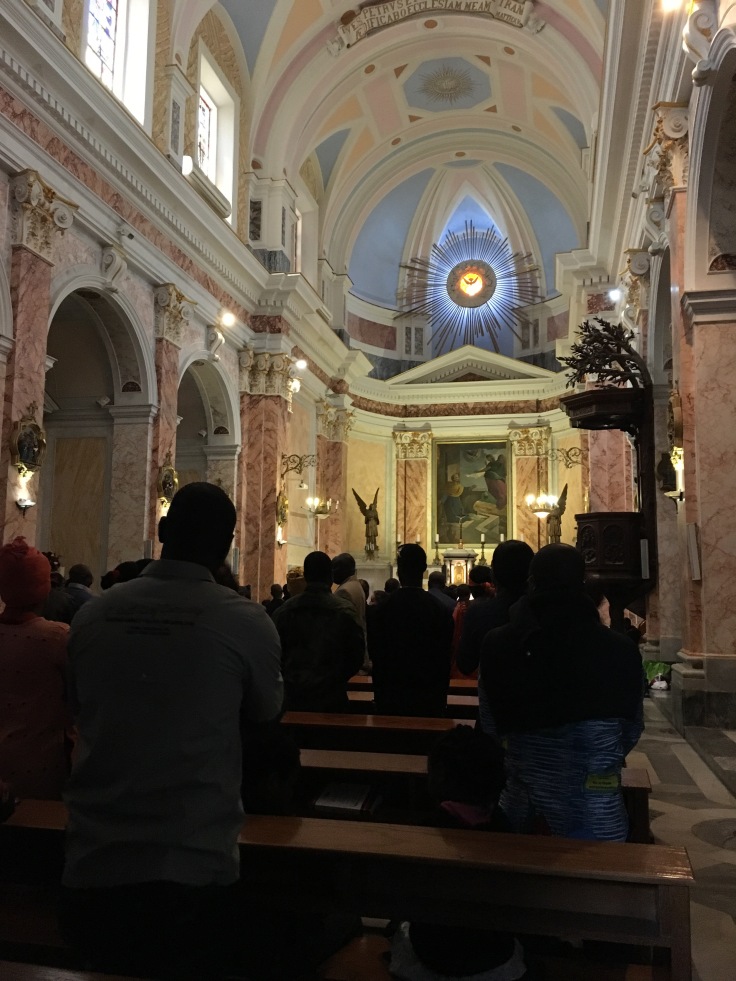 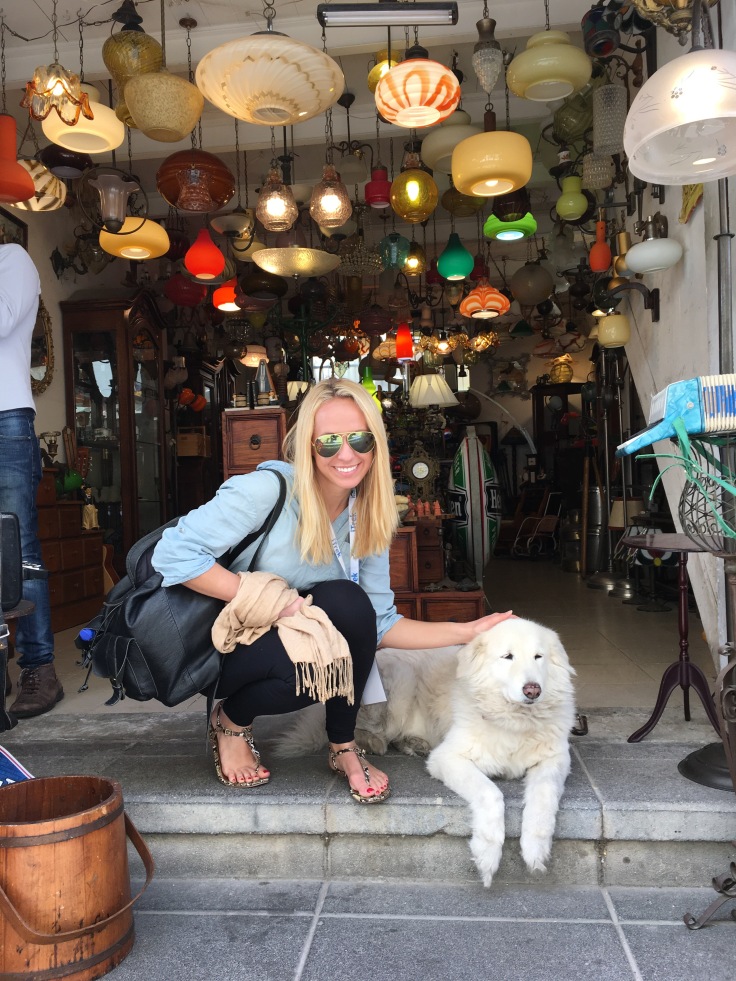 Nazareth is located in the northern part of Israel, and is famous for being Jesus’ hometown! It is majority Muslim, and is very modern (complete with an H&M and Zara). We had lunch before visiting the Church of the Anunciation, located at the place where Gabriel visited Mary and told her she would be the mother of Jesus. 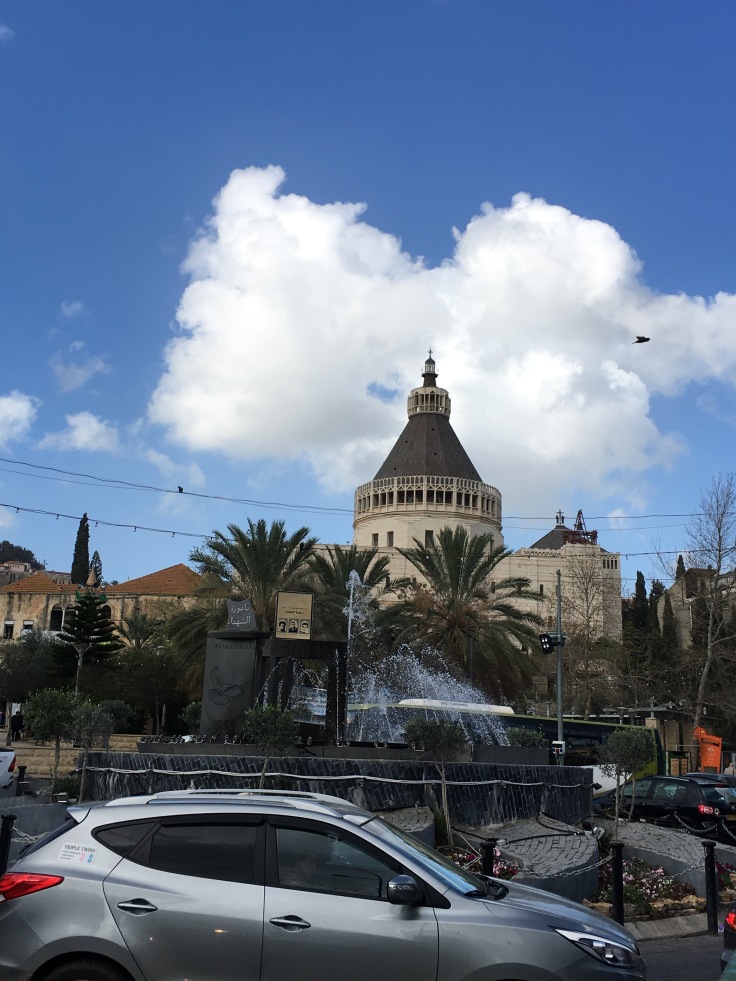 The church has different artistic depictions of Mary given from countries around the world to honor her role in the Christian faith. 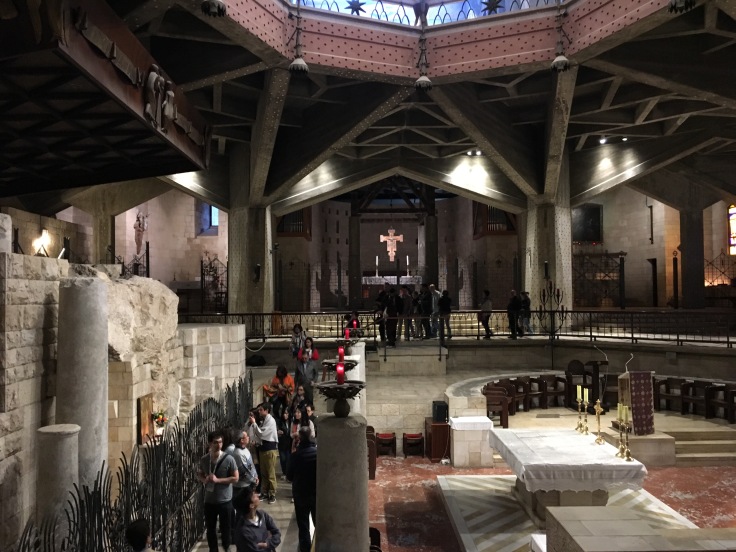 The church has preserved the very spot where tradition holds the angel visited Mary (below), and visitors are able to file past.

After leaving Nazareth, we stopped at a beautiful lookout point just outside the city, where we soaked in views of Nazareth and the surrounding agriculture. We also were able to see Mt. Tabor, the traditionally held location of Jesus’ transfiguration.

We then drove further north to the Golan Heights region, which was part of Syria until Israel took control during the 1967 war. We stopped for dinner and a wine tasting at Assaf Winery, where we had 6 different wines paired with what seemed like endless courses of food. Golan Heights is like the Napa Valley of Israel, and the Assaf winery is family owned and operated. They were extremely hospitable hosts. I bought a bottle of their Cabernet Sauvignon to enjoy later on the trip!

After a delicious dinner and wine-tasting, we continued even further into the Golan Heights to our accommodations for the night–Kibbutz Ein Zivan. I’d always associated the “kibbutz” with a type of utopian hippie commune, and apparently they were collective communities of this sort until the 1970s. Now, kibbutzim is still a part of the Israeli national identity, but they have been privatized and function as vacation getaways. Our kibbutz was cozy, clean, comfortable, and without wifi– a very utopian hippie experience indeed!

Only 2 days into Israel, and we’ve already done so much! Up next… the Syrian border, the Sea of Galilee, and the Dead Sea.
~

(A special thank you to my co-author Jack, who is bringing the luck of the Irish to the blog on this trip!)