Why I Love America 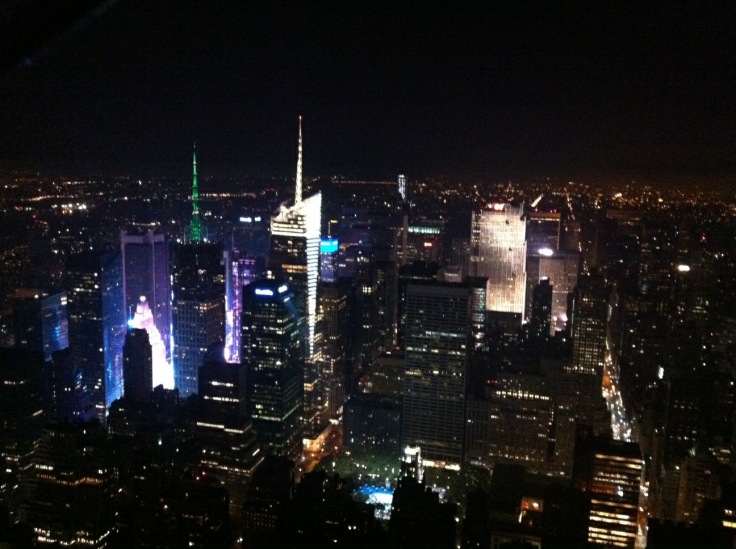 I read a quote recently that pretty much sums it up for me:

“There are three kinds of patriots, two bad, one good. The bad ones are the uncritical lovers and the loveless critics. Good patriots carry on a lover’s quarrel with their country.” – William Sloane Coffin, Jr. (American clergyman and peace activist)

After living in Uganda for just over 6 weeks, I’ve never loved my country as much as I do now. And I’ve also never felt more critical of my country in my life as I have over the past 12 months, for apparent reasons. But the beauty of America is that it encourages and embraces difference, relative to other parts of the world…yes, even today.

Last summer, as I was traveling from continent to continent, I gave the 4th of July a passing nod as I visited Paris and took in all that amazing city has to offer.

But this 4th of July, I felt a homesickness I’ve never felt before…for New York City, for my home in Alabama and Mississippi, and for my country generally.

Celebrating American Independence this week has sparked some interesting conversations. I’ve been laughed at by some (not all!) Western ex-pats (particularly, but not limited to, Canadians) whom I’ve spoken with here this week when I said that I love my country because we’re free. “I hate when Americans say that,” they said. “You’re not really free.”

I respectfully disagree. While it’s painfully true America still has so many inequities and injustices, and we still can’t figure out how to provide quality healthcare for all, I can’t help but appreciate the degree of freedom we still enjoy relative to the rest of the world. The freedom of assembly, the freedom of speech, the freedom of opinion, the right to vote. God bless the Bill of Rights. Over the last 2 weeks, I’ve witnessed live police violence against unarmed Ugandan citizens on television when a by-election took place in the nearby district of Kyandondo.

Just today, driving by on a boda in Kampala, I witnessed a man being assaulted by another group of men for no apparent reason, and felt helpless as we passed by. I know America has its own share of violence, but this was still shocking to observe.

One important thing I’ve learned over the last 6 weeks is that many in the world still look to America as a beacon of hope and freedom, despite all of our issues. This takeaway is based on direct personal conversations and observations—the most indisputable evidence you can find when the global conversation tends to center around media regimes (on both the political left and right) looking to make more money in a 24/7 news cycle. As a self-proclaimed “liberal,” I know this view is unsavory to many U.S. liberals who want to think we should now stay out of every else’s business and obediently abide by international consensus (when and if that can be found in a world so ideologically divided). At the end of the day, everyone wants to feel secure and protected within their own social and cultural contexts, whatever that looks like, and many still look to the U.S. as a positive example of democracy and freedom.

If it’s not cool to be patriotic anymore, I guess I’m not “cool” in that regard. This past week, which included the 4th of July, has been more emotional to me than I ever expected before traveling to Uganda. I have gained a new appreciation for my country, even as I’ve been personally and directly asked (by Ugandans and Western ex-pats alike) what “I’m doing about” the fact Donald Trump is our president. In response, I’ve reminded them that America has one of the oldest and most enduring democratic constitutions in the world, that the electoral college is (currently) part of our Constitution, that we peacefully abide by the outcome of our elections, that I want him to succeed in his role only in ways that will help America and its global neighbors to prosper, and that I’m looking with hope to 2020.

Sadly, his administration has already fallen short in so many ways. But thankfully, we Americans still have the right and obligation to protest and speak out against actions of our government that do not align with the ideals upon which our nation was founded. We still have a separation of powers that many nations do not have. Our judiciary is an institution that operates independently of our executive and legislative branches. The 22nd Amendment to our Constitution sets a presidential term limit. These are facts I’ve admittedly taken for granted until this summer.

Does America need to improve in many ways? Yes. But I am I ashamed to be an American? Never. Am I proud to be an American? Yes, even if I get laughed at by some. Is there still reason for Americans to have hope? Absolutely. Patriotism trumps cynicism.

“I thank God for my life

And for the stars and stripes

Salute the ones who died

The ones that give their lives

So we don’t have to sacrifice

All the things we love.” – Zac Brown Band

2 thoughts on “Why I Love America”